The Pitch: A downtrodden clown/aspiring comedian named Arthur Fleck (Joaquin Phoenix) is struggling to survive in the underbelly of early 1980s Gotham City. He’s bullied and eventually fired from his day job at a rent-a-clown agency. His attempts at standup earn laughs and attention for all of the wrong reasons. His barely helpful therapy sessions are cut off due to a lack of funding (and his access to medication disappears along with them). He cares for his ailing mother in the derelict apartment they share. He spends what little free time he has watching and indulging in deluded daydreams about TV show host Murray Franklin (Robert De Niro).

From this unenviable starting point, Fleck’s life descends into further chaos and tragedy. In response, he begins to embody a villain known only as Joker.

Sure, Joker is another comic book film in an era riddled with comic book movies, but it’s ostensibly different for two major reasons: 01.) It’s a standalone piece that has its general references to greater Batman lore and hallmarks, but no direct narrative or aesthetic connection to any other franchises going on at the moment. 02.) It’s dark. Yes, in theory even darker than those other “dark” films that featured Batman, Joker, and company and used comic archetypes as a means to explore deeper and not entirely pretty aspects of the human condition. 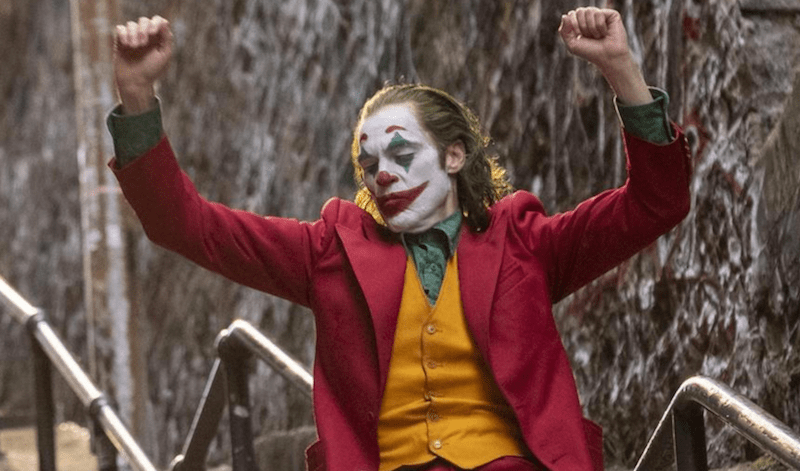 The Dark Phoenix: Neither Alan Robert Murray and Tom Ozanich’s hollow script nor Todd Phillips’ hey-check-this-shit-out direction truly give him much to work with, but Phoenix still manages wring enough out of Fleck to make Joker almost work as a character study. It is by no means a subtle performance. The star’s unselfconscious and unrestrained inhabitation of Fleck’s brain and body is every bit as over-the-top, garish, and abrasive as everything else about the film. But it also happens to be pretty intriguing. While he’s no Mark Hamill or Cesar Romero, Phoenix manages to breathe strange new life into a character that’s been picked apart, recreated, and mythologized beyond any possible need. (Whether or not this turn was worth the already overly mythologized weight loss, angst, and suffering that the actor put into it is another discussion entirely.)

The Rest of It, Though… Joker certainly carries itself like a film that is saying — or screaming — something smart and possibly important. The close-ups of Fleck’s therapy journal, which is loaded with half-workshopped jokes, magazine cut-outs, and cartoonishly rendered reflections about mental illness certainly suggest that we’re supposed to take something out of these observations. The plot seems to want to say something about fanaticism, fame, wealth inequality, and the way we treat The Other in our society. But underneath Joker’s provocative surface there’s nothing there. Fleck’s observations are juvenile, but never really explored as such in the context of the film. The rest of its themes are even less examined. And the Joker’s big, declarative moment at the climax of the film is just embarrassing. On Ableism: It’s highly unlikely that anyone involved in Joker thinks they hate disabled people. It’s doubtful the cast and crew went into the film wanting to make joke and points at their / our expense. It’s also doubtful that anyone who doesn’t experience ableism would even be aware of its presence in the movie. From the neurological condition that Fleck blames for his trademark laugh to the burden his mother’s poor health places on him, though, it’s an integral part of the movie’s plot and presentation. As surely as the screenwriters and Phillips trust the audience to know the beats of Batman’s origin — from Thomas Wayne’s first appearance to Martha Wayne’s scattering pearls — it expects its viewers will automatically read disability as grotesquery, burden, and comedy. Everything from character development to mood setting to jokes starts to fall apart if you don’t follow along with these assumptions.

(I’m not going to tell anyone how to feel about this from a moral perspective, but at least consider it from an aesthetic one. Joker is a film that attempts to tackle the preconceived notions that society has about outsiders that hasn’t even bothered to examine its own potential preconceived notions about people who might be othered in some way. That’s just lazy, empty posturing.) 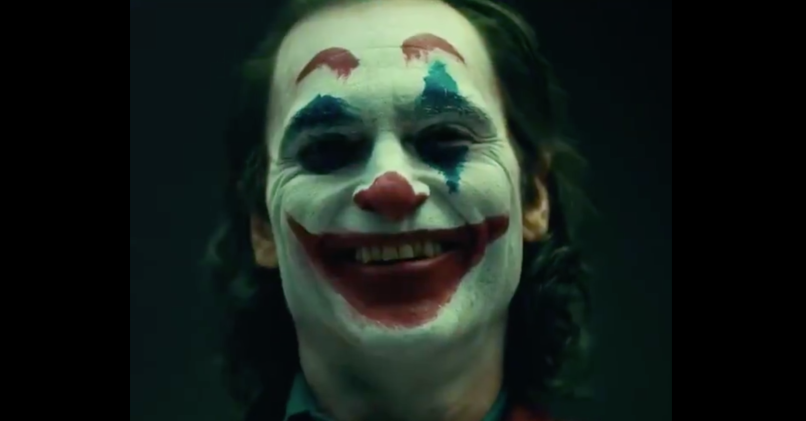 Joker/Scorsese Crossover AU: At a time where existing pop culture properties — particularly comics — have become source material for almost every other work of art, Joker arguably deserves credit for breaking the mold in its own way. Sure, it’s still a comic book film, but it’s its own bonkers creature who has decided to absorb a bunch of Martin Scorsese, particularly Taxi Driver and King of Comedy, into its DNA like Seth Brundle hopping into a telepod with a fly. The amount of praise that Phillips is receiving for his vision, though, even among critics and fans who don’t necessarily think the film is good, might say some interesting things about about where we draw the lines between artists and fandom, though. There’s probably a lot of fanfiction out there that’s far more innovative, provocative, profane, incisive, fucked up, and effective than Joker.

The Verdict: We live in a society.

Where’s It Playing? You can see and love or hate Joker for yourself when it opens across America on October 4th.